It is a curious paradox that, alongside the rapid increase in the capability of mobile communication devices, so we have also seen a notable rise in the security risks involved. Consider this question: have you ever logged into the Internet, accessed your emails, or checked your bank account online using a public Wi-Fi hotspot? The vast majority of us will have done so at some point, but are you sufficiently aware of the security risks?

A public Wi-Fi Hotspot is a largely unsecured connection to the Internet and, as such, is open to abuse. The best way to get around this is to use a virtual private network (VPN) to make your connection. A VPN is an encrypted connection that hides your identity, and protects you from hacking and identity theft: this you probably knew, but did you know there are other benefits to using a VPN?

Disguise your location with a VPN

One of the most interesting uses of a VPN is to disguise your actual IP address: this is a unique tag that identifies where your computer is connected. The IP address has many uses, and as it is a physical geographical tag, it can – in some cases – limit access to certain websites and portals. A VPN uses an IP address that can be chosen by the user. By using a VPN you can trick your computer into believing you are somewhere other than your actual location: many VPN packages have servers all over the world, hence they offer versatile browsing.

By using a location other than your own you can sometimes access information that may be blocked otherwise: for example, any TV broadcast channels that are specific to one country can be accessed by fooling your system into believing you are in that country; you may, in fact, be on holiday and simply wish to watch the content available. Hiding your true identity and IP address also limits the information that others can deduce about you from the information your system logs, giving you added security.

VPN for smartphones and tablets

We have become accustomed to using the Internet and email on the move, and most smartphones are now capable of the sort of action only a PC would have allowed 20 years ago. Furthermore, tablet computers are all the rage at the moment – thanks in no small part to their versatility and power – and are fast becoming the item of choice for the executive on the move. However, with unsecured networks inviting the less honest users to access our information with relative ease the VPN becomes an essential tool.

The Internet and identity theft

Internet users are constantly bombarded with warnings and horror stories about identity theft, and the threat is very real indeed. However, it is not just the Internet that opens us up to the possibility, for our mail and daily habits are also at risk. Just as it is advisable to burn or destroy all bank statements and other paperwork, rather than simply putting them in the bin, so it is essential that your online footprint is protected.

What we do, where we go, who we talk to and plenty of other information is recorded as we use the Internet and computer systems; it is this information that is vulnerable to attack, and leaving it unprotected is inviting trouble. For example, you would not give your debit card PIN to anyone you didn’t know, so why leave your computer open to hackers by not protecting it fully? A VPN is a powerful tool in the fight against hacking and information theft, and should be considered a must-have tool, especially for those who use the Internet on the move. 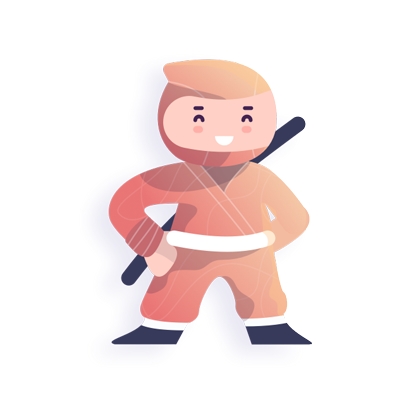 Here are some related posts you may have missed:

Let’s Get Serious With Internet Security – Invest in a VPN