If you spend a lot of time online, be it for business or pleasure, you are aware of the many security risks that lurk in all corners of the internet. We all send personal and often sensitive information online when we bank, shop, pay bills and more. 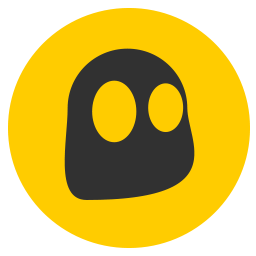 As we have seen lately, even the biggest corporations are susceptible to clever and unscrupulous hackers. So, apart from the obvious measure of having different passwords for every portal you use and keeping them secret, what can you do to enhance your online security?

The answer is to invest in a Virtual Private Network (VPN) like CyberGhost, and the benefits go beyond data security.

What is a VPN?

A VPN is a service that effectively hides your identity. When you send or receive information online, you are using servers. These servers talk to each other and establish who you are and where you are so that they can send you the information you are asking for.

They do this by reading your IP address, which is an individual number allocated to every computer by your internet service provider.

Now, consider that these servers are used constantly by many hundreds of thousands of users, and you begin to see how vulnerable they are.

There’s more: have you ever come across that annoying message on YouTube or elsewhere that tells you the content is not available in your location? 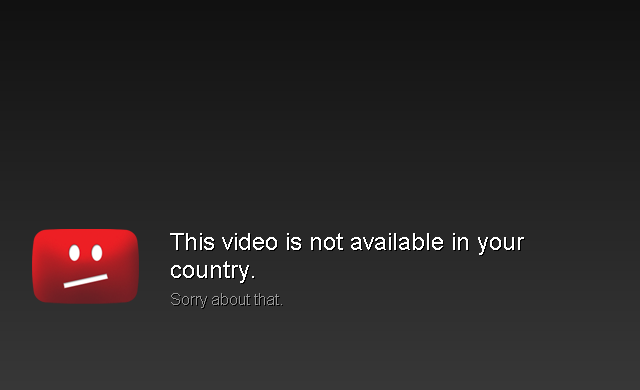 Or perhaps you’ve been traveling overseas and found you can’t reach Netflix? A VPN cleverly overcomes this by allowing you to choose a server in a country where the content is not blocked, rather than the automatically selected one behind the firewall.

We’ll take a look at one of the most impressive VPN services on the market – CyberGhost – to give you a better idea of what it’s all about, and why you need a VPN.

There are many VPN services you can choose from, but CyberGhost stands out because it has excellent features and benefits.

We are impressed with it for several reasons. It’s very easy to install, and it can be up and running with a couple of clicks. It also has impressive user numbers – thirty million so far – which is more than most other VPNs. When we took a closer look at the service, we discovered more interesting features.

Another main attraction of this VPN service is its ability to stream geoblocked content in different countries. This allows users to overcome geographical restrictions, such as the famous ‘Great Firewall of China’, a government-sponsored system that blocks content considered to be subversive.

CyberGhost boasts more than 5,900 servers across the world, in locations such as the USA, UK, Australia, and several European and Asian countries. This widespread server coverage is one of the reasons we chose to review CyberGhost VPN.

We will look at its features, as well as cost and customer support.

When it comes to speed CyberGhost is somewhere in the middle. It isn’t the fastest, but it isn’t slow either. Some VPN services use a lot of bandwidth to encrypt data and slow your computer down. This one claims not to and, so we tested it to find out whether this is true.

According to the CyberGhost website, you can expect minimum speeds of about 6 Mbps and maximum speeds of up to 1 Gbps. This is rather high, and we needed to see for ourselves how accurate these claims are.

You can take this assertion with a pinch of salt. That’s not to say that CyberGhost speeds are slow; not by a long shot. However, they are not as high as the website claims. They are higher than those offered by most VPNs, and users can stream and download without experiencing any issues.

We started with a baseline speed of 90 Mbps. We tested speeds for a server in Germany, and we got downloads of 86.04 Mbps and uploads of 72.18 Mbps.

In Australia speeds dropped somewhat, with downloads of 21.82 Mbps and uploads of 1.14 Mbps.

These speeds may look slow when compared to other top tier VPNs, but what you should keep in mind is that they are more than sufficient for most people. With the Korea speeds, which are the lowest, you can download very large files and stream content with no trouble at all.

Certain things will affect the speed of your device when you connect to CyberGhost, or indeed any VPN. Your original internet connection, for example, matters a great deal. If your ISP only allows you to reach speeds of 5 Mbps, you will not be able to surpass that with a VPN.

The quality of the ISP infrastructure will also make a difference. If it relies on old equipment, even the fastest VPN in the world will not register high speeds.

Your distance from the server through which you are connected matters. The further away it is, the slower your speeds will be.

Lastly, the number of users connected to a server affects its speed. Servers with fewer users are faster because there’s a higher allocation of bandwidth per user.

The company policy is very clear: they do not keep any user logs. Most VPNs will state this in their privacy policy, but they retain some information for their internal processes. They need it to make sure that systems are running smoothly, and also to process payments.

CyberGhost is unique in this regard. It doesn’t retain any user logs, including browsing history, your IP address, the content of your searches and downloads, time sessions and payment details.

We found no IP and DNS Leaks, which adds to the security of this VPN. The software has a kill switch, so no data is leaked if you lose your internet connection.

Experienced VPN users know that location matters. Some VPNs are in countries that are signatory to agreements that allow them to collect user data from VPN companies.

CyberGhost is in Romania which isn’t a signatory to any data-sharing agreements.

The company has more than 5,900 servers in 90+ countries. Most of these are in Europe and North America. All servers support OpenVPN, iKev2, IPSec and L2TP protocols. Data that’s transmitted through CyberGhost servers is encrypted with 256-AES and is beyond the reach of hackers.

There are a couple of things about CyberGhost servers that are worth noting.

The first is that you can see whether the server you are trying to connect to is a physical or virtual server.

The other is that you can clearly see what the servers are optimized for. Some are marked “For torrenting”, and you can see which servers are best for Netflix, Amazon, Hulu and other streaming channels.

More and more people are buying VPNs for their ability to access TV shows and torrents. If a VPN can help connect to channels like Netflix, it is considered top tier.

CyberGhost is one of the best if you’d like to gain access to Netflix. Not only can you watch Netflix US, you’ll also unlock TV shows and movies on Netflix Germany and Netflix France. On their website, you can see which servers you should connect through if you would like to stream. 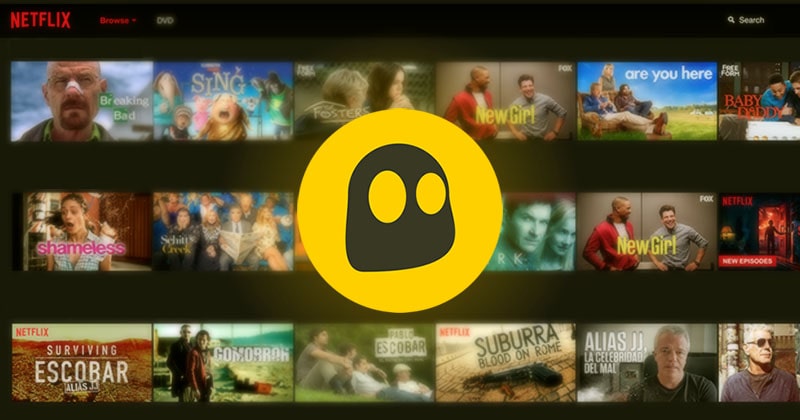 CyberGhost VPN has more than 35 streaming channels and you can search for the most ideal server by typing in what activity you are trying to accomplish. If, for example, you would like to optimize for YouTube, the software suggests several servers that you can connect through and all you have to do is click on the one you think is optimal.

Torrenting is easy with CyberGhost VPN. There are no restrictions on bandwidth, and the service doesn’t keep a log of what sites you visit and what files you download. All torrents are encrypted.

CyberGhost has recently undergone a facelift, and it looks even better than before. The first step is to sign up for the software, which is easy. Just click here to download and install. During the signup process you’ll be provided with a recovery code. Make sure to note it somewhere as you’ll need it in case the VPN locks you out.

After you create an account a login screen will appear. Enter your username and password to open the application.

You can connect through the recommended server, or you can select a server depending on what you plan to do.

If you click on the full server list, you’ll see which ones are optimized for streaming and which are best for torrenting. Choose the ideal server for what you want to do. 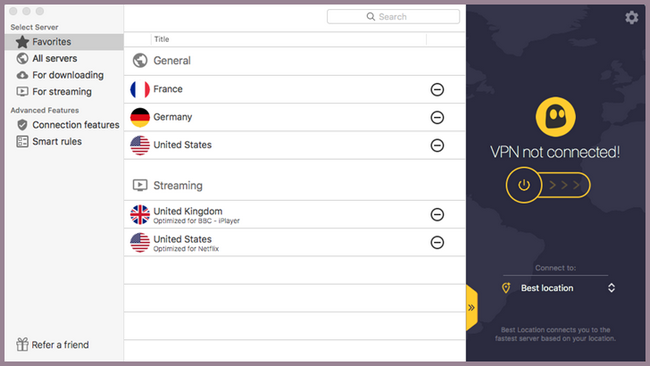 The number of devices that you can connect on a single subscription is important. The more devices you can connect the better, especially if you use the VPN for business, or to secure family devices. CyberGhost allows you to connect up to 7 different devices at once.

When you are using a VPN, especially if you are a novice, you’d like to be able to get help as quickly as possible. This is one area where many VPNs fail; they may offer great speeds, allow multiple connections and have airtight security, but very few have a help desk that works.

CyberGhost is different in this regard. On the website, you’ll find FAQs and guides to help get you set up on different operating systems. There are also practical tips and several articles about how to best use CyberGhost.

If you would like to talk to a real person there is a Live Chat option. The technicians are knowledgeable and prompt.

However, you cannot get in touch with CyberGhost by phone.

What Are The Cons of CyberGhost?

We believe in providing balanced reviews, so we’ll tell you the downsides of CyberGhost VPN.

You may be thinking that all of these features come at a hefty price; in fact, CyberGhost comes with three different pricing options that are surprisingly affordable. There was a CyberGhost Free Service which was discontinued in 2018. Now you can choose between the following packages:

If you would like to have a dedicated IP you can pay an extra $5. All plans come with 24/7 customer support, and you get a 45-day money-back guarantee.

CyberGhost is consistently ranked among the best VPNs in the market, and they have the user numbers to prove it.

We could write pages about the benefits of this very neatly designed and well-developed VPN service, as we believe CyberGhost is one of the best online security options available right now.

It’s amazingly easy to install and has no effect on any of the systems you are already using. It is easy to use and offers excellent protection and anonymity, and it comes at a price that others will have to match or beat if they are going to convince users they can do as well as CyberGhost.